In sci-fi space travel film Passengers starring Jennifer Lawrence and Chris Pratt, the large spaceship houses a grand and luxurious art deco-style bar. Production designer Guy Hendrix Dyas wanted the film’s bar to be both inviting and classic while simultaneously acknowledging the theme of interplanetary travel. We were rather struck by the wall coverings.

In an interview with The Hollywood Reporter production designer Dyas says of the bar he built at Pinewood Atlanta Studios: “What is the classic type of bar you would want to go to on Earth? It’s a New York art deco bar for me. Then there are little details that remind you that you are on a spaceship. The walls have art deco friezes, but unlike traditional friezes that showed the industrial age, ours show interplanetary travel.

The idea of travel through time and space is hinted at graphically on the wall coverings and carpet and tiles around the entryway. [The color palette of] rich golds and reds is part of the color journey of the film. We needed that sense of warmth and seduction that would bring our characters to the bar. Many of the other places on the ship are cold and hard and shiny white. This is a place that gives you warmth and a sense of the planet Earth. It’s a taste of humanity.”

So where can I get those wall coverings in Passengers spaceship bar?

The art-deco meets sci-fi wallcoverings for Passengers are from Astek.

Set Decorator Gene Serdena SDSA (Oscar® nominee for HER) told SetDecor online: “Guy uses the term ‘jewel box’. It perfectly describes this place that becomes a warm, intimate and romantic respite from the austerity and vastness of the spaceship. There is constant companionship available in the form of automated bartender Arthur [Michael Sheen].

The marriage of historical styles—art deco, prairie school, disco—and occasional nods to classic cinema becomes, I think, a harmonious one in the Bar. Mr. Dyas’s audacity is on full display here. The balance of pattern, color and light becomes a high wire act that threatens to collapse onto itself, but in Guy’s deft hands, becomes a sublime, romantic experience”.

And we’ll leave you with this thought, when set Decorator Gene Serdena says “The marriage of historical styles—art deco, prairie school, disco—and occasional nods to classic cinema”, I think we know which classic cinema is being nodded at!:

The Vienna Suite in the spaceship of Passengers is also worthy of mention and features a Marc Newson “Wood Chair” for Cappellini as well as a Platner coffee table. 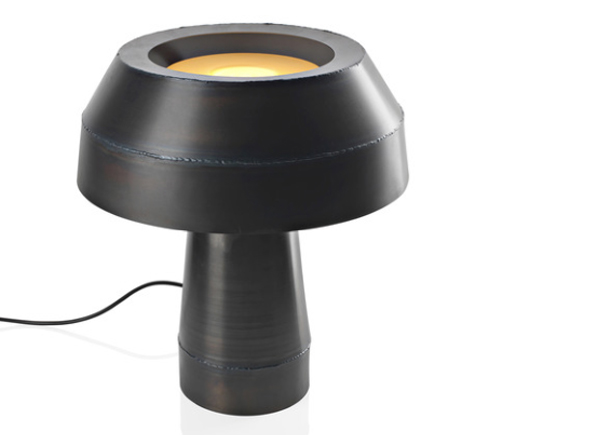 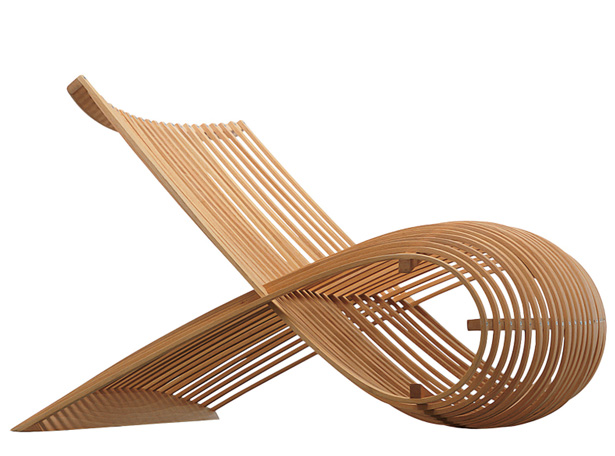 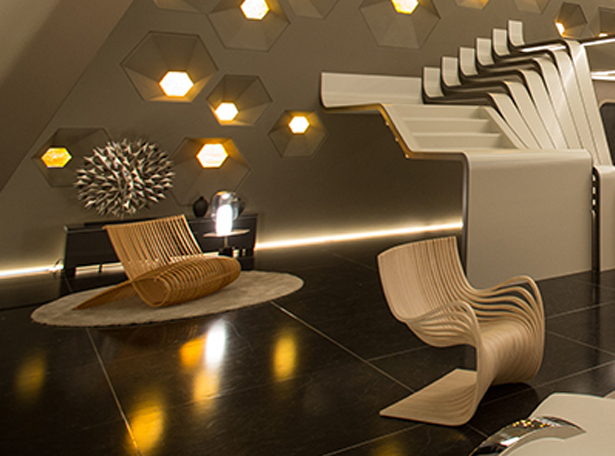 The Wood Chair by Marc Newson