Perception is a curious thing. Have you ever met a barely-recognisable friend after years apart, but felt at home the moment you hugged? There’s an emotional explanation, of course. But there’s also something about the unique combo of height, technique, power, and smell that form an unmistakable kind of ‘hug fingerprint.’ (Someday science will back me up on this).

A new image set from Budget Direct shows that TV home interiors can have the same effect. We’ve spoken before of the comforting effect of seeing the same fictional domestic rooms on the box week after week. But how about if it’s not the décor, but the layout that leaves that indelible architectural fingerprint in your mind?

This thought-experiment-for-the-eyes takes six famous TV rooms from across the decades and updates the décor with 2019 interior design trends. The result is an odd kind of déjà-vu where (tell-tale clues notwithstanding) each room feels oddly familiar but takes a moment or two to place.

The biggest clue is on the walls of Joyce Byers’ living room. The Byers home was a hub within the paranormal hub of Hawkins, Indiana, in Stranger Things season one – and the décor came with real character. The, um, spirited lights employed to communicate with the ‘Upside Down’ drew attention to the deliberately tasteless Rorschach-chic wallpaper, which has been painted with a fashionably dark shade of Hague blue.

The Byers’ lounge may have been a bit of a mess before all that nasty business with monsters from another dimension, but at least it was cosy; Walter White’s Breaking Bad kitchen always looked like a bad kitchen. It didn’t get any cosier when Walter ‘christened’ it, either.

Breaking Bad‘s Set designer Mark Freeborn’s genius was to make the White kitchen as averagely American as possible to contrast with Walter’s true cooking skills: an almost social realist take on the Blue Velvet picket fence. The 2019 makeover shows the room’s actual potential. It may not be cosy, but at least it’s cool.

Alicia’s apartment in The Good Wife was set decorator Beth Kushnick’s pride and joy, with much of it echoing her own home. “The palette is near and dear to my heart,” she told Parade. “Her bedroom is my bedroom colour, Beach Glass by Benjamin Moore.” But it was the study where the serious business took place, as reflected in that heavy old desk and sober blue walls. So very 2012. Today’s designers have revived the space with a trendy shade of yellow, and light, eco-friendly Scandi-chic furniture made from reclaimed materials.

The new version of Mad Men Don Draper’s second briefly-married home may be one of the most difficult to recognise. Sure, that furniture arrangement feels familiar, but… it’s just so bright! The gloomy autumnal palette chosen for the original reflected the fashionable colours of the day, Megan Draper’s sophistication, and Don’s inscrutability. This botanical-themed update seems to speak squarely to Don’s ultimate reinvention as a yoga-stretching, mountain-air breathing man of nature.

Gilmore Girls took place in a parallel America that to outsiders seems more foreign than Stranger Things’ Upside Down. New England cuteness with an extra layer of sugar icing just to make sure. There will be none of that nonsense in the 2019 version, especially when Hurricane Kondo has swept through. Rory’s room has been seriously de-saccharined and treated to some frankly out-of-character metallic trim. And she still doesn’t have that “Backside Boys” poster.

Finally, the lesser-spotted bathroom of Monica from Friends, which got a pretty bad deal on the show across the years: cramped compared to the rest of that giant apartment (and remaining so even when it inexplicably changed shape), the bathroom’s creepy lighting made it look grubby, of all things. As such, this is the one update in Budget Direct’s images that actually feels like it could exist if the show were to come back today: bright reflective tiles, a marble-finish floor, and a free-standing bath that can actually be washed underneath to keep the whole room ‘Monica-clean.’

Do these familiar old spaces have you aching to welcome back your favourite characters with a hug? Or does their 2019 makeover prove these shows are best left in the past? 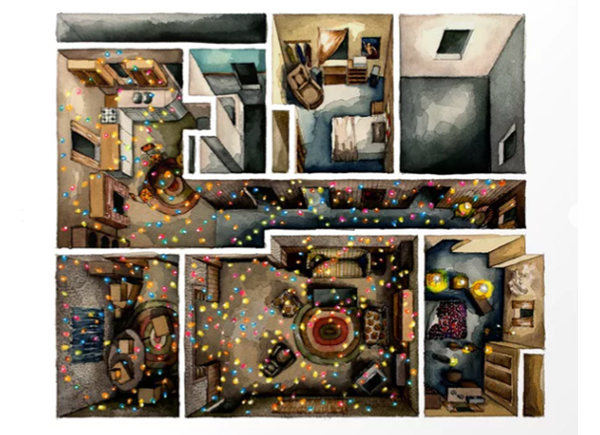 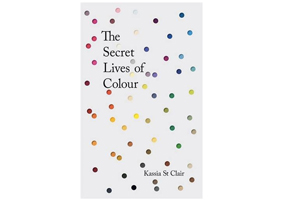 The Secret Lives of Colour