A breakdown of Kubrick scenes honoured in the Exquisite Gucci campaign

The Gucci campaign for the new Exquisite collection has caused quite a flutter amongst Kubrick fans this last week.

The campaign’s creative director Alessandro Michele says he is fascinated by cinema and the ability films have to transport us to to new worlds. His Exquisite Gucci advertising campaign and accompanying film transport us into some familiar cinematic worlds: Those of the great film director Stanley Kubrick.

Michele, who is the creative head of Gucci, often imagines his collections as if they were films and his clothes tell different stories, often with historical and pop culture references.

“The strange marriage between the codes of Adidas and Gucci was a chemical experiment, in the most ambiguous way,” the designer told Vogue. “So, I approached the campaign similarly. I had the intention of placing the collection in Kubrick’s iconic scenes, where my clothes exist organically in his world, but feel completely alien at the same time – it’s my tribute to cinema and to one of its brightest maestros.”

The campaign treads directly in the footsteps of Kubrick, whose meticulous attention to detail and fastidiousness is legendary. We can also say the same about Michele and his team who have studied and replicated key film scenes from 2001: A Space Odyssey, The Shining, A Clockwork Orange, Eyes Wide Shut and Barry Lyndon with painstaking detail. So much so, that when analysing the scenes side by side, it’s difficult to tell which is the Gucci film and and which is the original film still (save for the models wearing Gucci clothes which have been inserted into these classic scenes).

Directed by the duo Mert Alas and Marcus Piggott, with art direction by Michele’s long-time collaborator Christopher Simmonds, and with sets designed by Gideon Ponte (Buffalo 66, American Psycho, The Notorious Betty Page) the results are remarkable.

Let’s take a look at the scenes of the new Gucci film frame by frame and identify which exact Kubrick scenes have been faithfully recreated.

The film opens with a recreation of the A Clockwork Orange scene where Alex and his gang of droogs race along a country road in a stolen Durango 95′ car, sharpened up on ‘milk-plus’.

One of the droogs is replaced in the Gucci a film with a model wearing clothes from the new collection.

The Gucci film then cuts to a close up of a Dave Bowman look-a-like in his helmet referencing 2001: A Space Odyssey, then leads on to the scene of 2001‘s ornate white room.

This is a parody of the scene where Dave arrives in what is largely considered to be a hotel room, with antique furniture and wood panelled carved walls – all set against a futuristic white lightbox floor. This décor is 18th Century neoclassical, Louis XV1 style – a style of architecture, decoration and art which developed in France during Louis XVI’s 19 year reign.

This décor recalls the age of enlightenment which has been surmised by some as what happens to Bowman in 2001 in this room: His body dies (symbolised by the glass breaking on the floor), he is reborn, and he becomes enlightened.

The Gucci film sees a female model wearing a suit standing next to ‘Bowman’ dressed in a replica of the famous red spacesuit.

Then we’re transported to “Home” the house of Mr and Mrs Alexander in A Clockwork Orange.

The interiors of this scene in A Clockwork Orange were shot at Skybreak in Radlett, Hertfordshire – a real home designed in the mid 1960s by a group of architects called Team 4.

Within the four walls of this outstanding yet somewhat clinical architectural space, Alex and his droogs reap havoc, attacking and paralysing Frank Alexander (Patrick Magee) and raping his wife (Adrienne Corri) all whilst Alex sings ‘Singin’ In The Rain’.

The Gucci film chooses to depict the room as it appears in the second half of the original film when Mr Alexander has hired a strong assistant (played by the English actor, bodybuilder and weightlifter David Prowse, who also played Darth Vader in the original Star Wars trilogy) to help him now that he has been confined to a wheelchair after the attack.

This male assistant look-alike is seen in the Gucci advert doing his exercises exactly as happens in the original Kubrick film.

Barry Lyndon is the next film to be honoured. The croquet scene is emulated, complete with dog look-a-likes.

The Gucci film then takes us to the Overlook Hotel in The Shining. We see a young boy standing in for Danny Torrance playing with his toy cars on what has become the most famous carpet in film – the Hicks Hexagon carpet.

Film and Furniture regulars will know one of the original inspirations for this very website was the very same hexagonal patterned carpet.

The carpet in the Hotel’s corridor features prominently in several key scenes of Kubrick’s 1980 film, including young Danny’s first unnerving encounter with room 237 as he investigates on his tricycle. The carpet’s dynamic orange, brown and red colour way and mesmerising graphic pattern leap out at us from the screen, so it’s no surprise that it has become an icon of popular culture.

You can read about who designed this carpet, and why it was chosen for this classic horror in an earlier F&F feature: Checkmate! The story behind Kubrick’s carpet in The Shining revealed and you can buy officially licensed Hicks Hexagon rugs, runners and wall-to-wall carpet from Film and Furniture.

Next we see the Grady twins look-a-likes standing in the corridor of The Overlook Hotel’s west wing.

Then we cut to a recreation of the opening scene of A Clockwork Orange where Alex and his droogs are sitting in the Korova Milk Bar.

The opening scene in Kubrick’s film begins close up on Alex, then pulls out to reveal a film set which alarms and shocks from the get go. The window-less bar is separated from the outside world with black walls and the white fibre glass nudes and is where Alex and his gang of droogs go to drink the drug-laced milk called ‘Moloko Plus’ which “would sharpen you up and make you ready for a bit of the old ultra-violence”.

In the Gucci film, a model in a red and black jacket replaces a droog, but the poses are near identical.

What follows is a replication of the scene where Wendy and young Danny are shown around The Shining’s Overlook Hotel store room by Dick Hallorann.

We then cut back to the droogs in A Clockwork Orange before cutting to The Shining‘s Room 237 green bathroom.

The story goes that this hotel room of The Overlook was once inhabited by a Lorraine Massey who would seduce young bellboys who visited her room. Danny claims that this “crazy woman” tried to strangle him.

When Jack goes to investigate what his son has encountered, he wanders through the gaudy room 237 bedroom suite into the mint green Art Deco bathroom. Here, he has the unforgettable, horrific encounter with the naked lady, who at first appears young and attractive but after stepping out of the bath and walking to Jack to embrace in a kiss, is seen reflected in the mirror as a wizened, rotting old woman who we assume is Ms Massey. This encounter with evil is a distinct turning point in the film and catapults the downward spiral of the Torrance family.

Back to 2001: A Space Odyssey and we see Bowman in his red suit in the corridor to the pod bay with all the incredible graphic lines enhanced by the one point perspective. A model in a green gown with ruffles stands motionless.

Barry Lyndon is the next film to be honoured.

In probably the most well known scene from the film, which looks like a painting, we would normally find Barry Lyndon himself (played by Ryan O’Neal in the original film) slumped in a chair.

The Gucci film replaces him with a model but all the other characters which surround this chair, together with all the other furniture, fireplace, wall colours and lighting are all extremely accurate.

The next film to be referenced is Kubrick’s last film Eyes Wide Shut, where we see the Alice Harford stand in (played by Nicole Kidman in the original film) with her back to us taking off her black dress. The Gucci films transposes a model dressed in grey suit and black Gucci T-shirt in the foreground. Notice even the tennis rackets are placed at the exact same angle.

We see more of Wendy and Danny in the store room, and recap on other scenes before being presented with the Gucci logo – white out of red background as a reference to the opening title sequence of A Clockwork Orange.

Then we’re back to The Shining with Danny tentatively trying the handle of the door to Room 237.

This is followed by a blue screen with the names of the directors Mert & Marcus, and then finally to Danny on his tricycle peddling off down the corridor across the Hicks Hexagon carpet.

“Clothes turn into highly imaginative functional prosthesis, and they do so to tell a story,” Michele says. “A story that shatters, enchants, tortures, ignites. Because it’s the story of the human that dwells in each and every one of us. As Stanley Kubrick knew too well.”

Watch the full Gucci film below:-

What are your thoughts on the Gucci film? 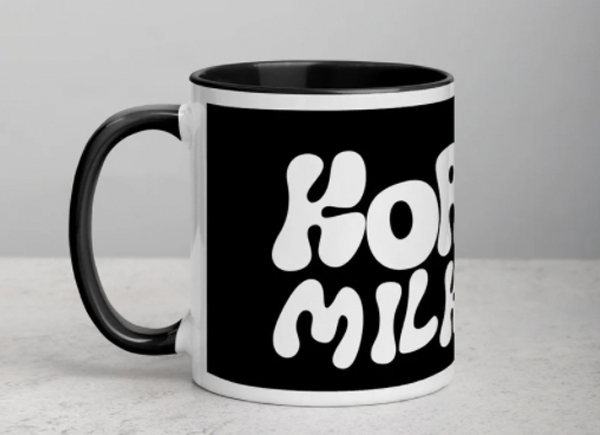 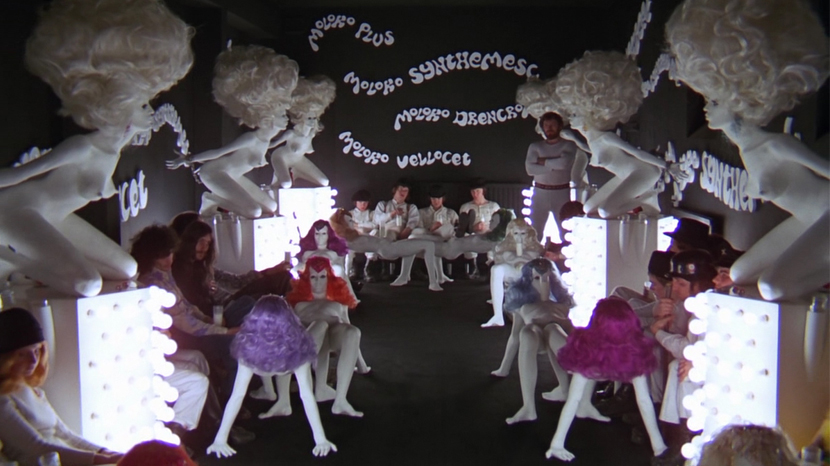