“This interview blew my mind! If you’re interested in film, design or creating worlds of any kind, it will blow yours too. Production Designer Alex McDowell’s career has taken what I consider to be a perfect trajectory – from involvement with the London punk scene to working on music videos, from ground breaking production design for film, to creating immersive multi-platform digital worlds”.
Paula Benson, Founder and Editor, Film and Furniture

Designers in Film is a series of lively and fascinating interviews with leading designers working in film, presented by Mike Dempsey RDI.

From having his Central School of Art degree show banned and booking Sex Pistols to play at his student union in 1976 (their first headline concert), to creating future worlds most of us hadn’t yet imagined for Minority Report, McDowell’s interview with Mike Dempsey shows us how he has always pushed boundaries.

McDowell has forged a real point of difference with his unique, immersive narrative approach to production design. He builds worlds where everything has a unique relationship to the story, giving far more scope and flexibility to the director whether that be David Fincher, Steven Spielberg, Tim Burton, Terry Gilliam, Zach Snyder or Anthony Minghella. Alex McDowell is more than a production designer though – he describes himself as a “narrative designer” working at the intersection of design, technology and storytelling.

A truly pioneering creative, McDowell is a Royal Designer for Industry (awarded by the UK’s RSA), Founder and Creative Director of Experimental Design (where he and his team ‘design the future’ for industries and institutions, building cross-media worlds), Professor of Practice at USC’s School of Cinematic Arts (where he holds the William Cameron Menzies Chair in Production Design), Director of the USC World Building Media Lab which “researches the future of storytelling in post-cinematic media, including spherical storytelling and mixed reality” and of the World Building Institute which stages the Science of Fiction Festival and narrative workshops around the world. Most recently, he is Founder and Creative Director of 5D | Global Studio, an interdisciplinary, multi-platform, and cross-media design studio.

What’s in this interview?

McDowell explains how one of his first breaks into the design world was working with Vivien Westwood and Malcolm McLaren’s Sex, the legendary Kings Road fashion shop for which he designed and printed T-shirts and created art for the interiors. In 1978 he founded the design studio Rocking Russian where he designed record sleeves and music-related promotional materials (and where Neville Brody started his career). He was also involved with Terry Jones and the first days of ID magazine.

A little later he was working on music promo videos for Iggy Pop and for The Cure (the latter in collaboration with Director Tim Pope) and in 1986, after moving to LA he began collaborating with David Fincher and Propaganda Films on video’s for Madonna, Michael Jackson, ZZ Top, and Aerosmith, which in turn led to their work together on the feature film Fight Club.

A major turning point in McDowell’s career was in the Production Design for Minority Report where he predicted a ‘future reality’ with (then) science fiction inventions like the famous holographic touch screen computer. He explains how he and his team worked with a think tank of scientists and futurists (many from MIT Media Lab) to help define this future world and hired one of them (John Undercroft) to join the film’s art department as advisor. This approach was a game changer for film making: The narrative was carved through the world they designed and created, the script being written around or through that world. McDowell explains this method which he describes in this interview as “a non-linear work flow within an immersive technology driven space”.

He also discusses his work on high tech opera Death and The Power and how his extensive involvement in narrative media in all its forms led him to found 5D | Global Studio, an interdisciplinary, multi-platform, and cross-media design studio. 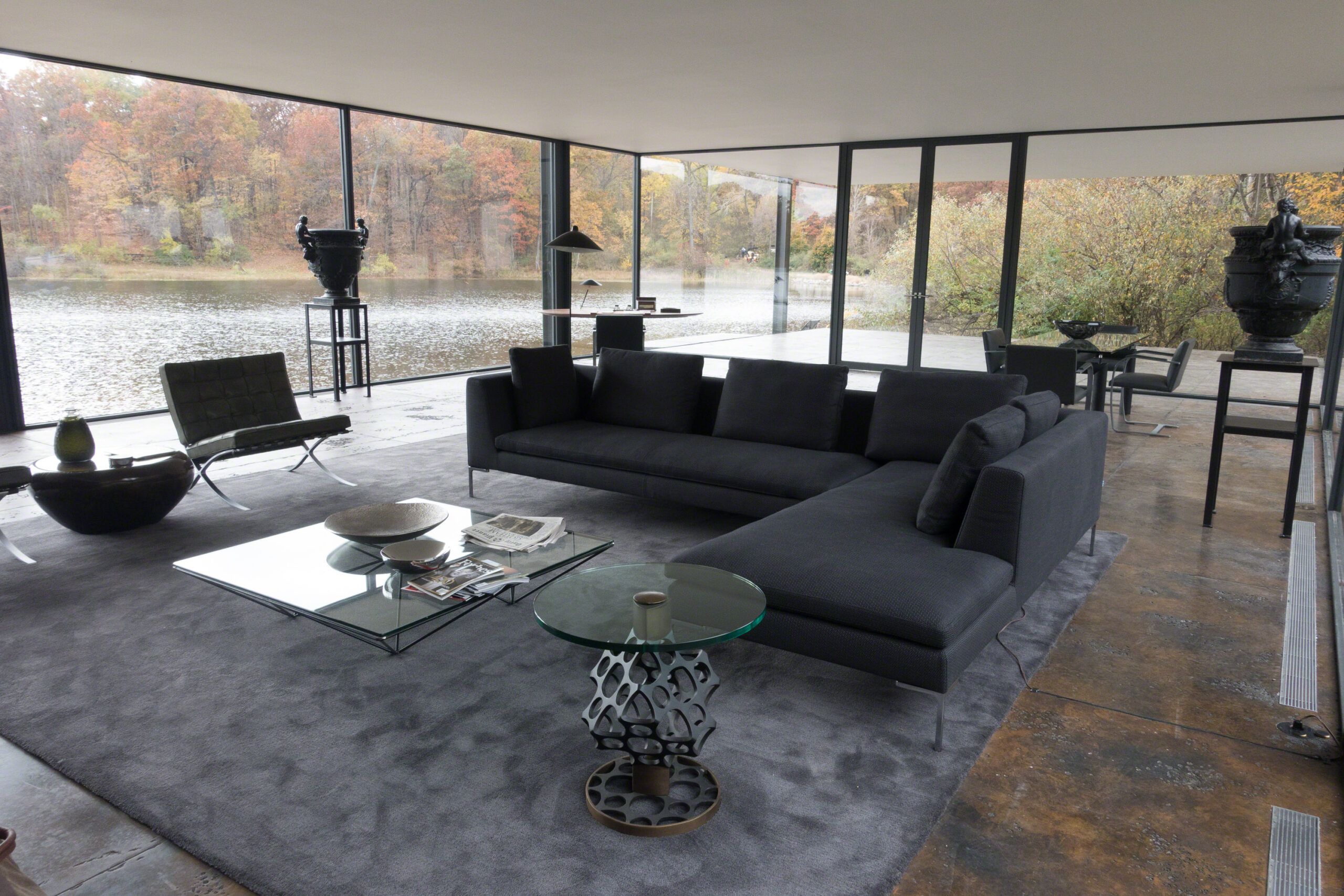