By popular request I hereby share the ‘F&F low down’ on those desirable silver-rimmed Mad Men tumblers you frequently see Don Draper et al drinking from in the liquor-fuelled retro TV epic: They are authentic Dorothy Thorpe designs from the 1960s and these whiskey glasses are befitting of their name Roly Poly – if you place them on their side, they roll back to an upright position. Essential barware for the discerning whiskey enthusiast me thinks. But it’s not just Mad Men that connects these sophisticated glasses to the big screen…

Of Californian origin, Dorothy Thorpe was a world-renowned artist and designer who worked in different media, including glassware. She had no formal training and started her design experiments at home by customising beer bottles. She gave an early glass design to her brother who took it to MGM Studios where he worked. Clark Gable saw the glass and liked it so much that he ordered six dozen and thereby launching Thorpe’s career.

In a few short years she became famous for her original creations in crystal ware. She marketed her first pieces through a small Hollywood gift shop and then began to attract orders from larger big name retailers as well as Hollywood Studios, stars and wealthy folk such as Princess Grace of Monaco and the Shah of Iran.

So where can I get some Mad Men glasses of my own?

Some original Dorothy Thorpe designs feature a delicate silver fade that descends down the lip of the glass, and some feature the more defined silver band.

You can buy contemporary versions influenced by the originals from the Wine Enthusiast via Amazon – around $23 for a set of 2, $51 for a set of 4, and $75 for set of 6.

You can also find “Ad Men glasses” here (silver rimmed whisky glasses emulating those seen in Mad Men – not the real deal but a very economical alternative to the vintage originals). 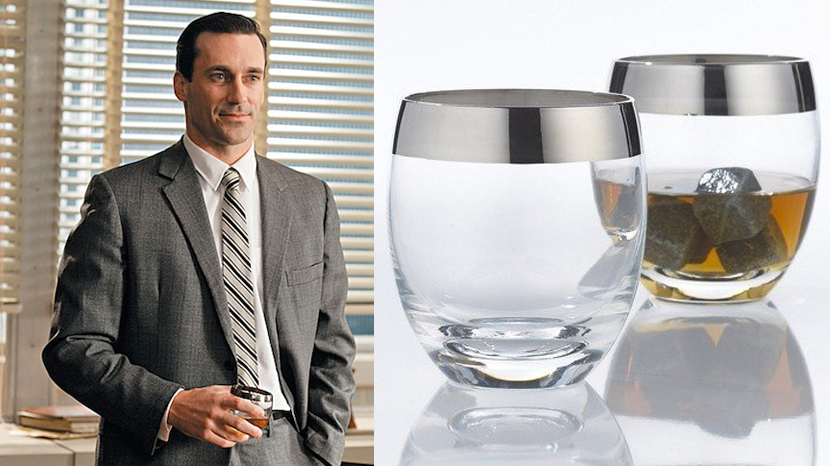 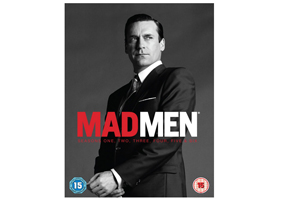