Creating an interior mise-en-scène: The relationship between interior design, production design and film

Who amongst us has not been seduced by the illusory world of film – the sets, the atmosphere, the characters, that voyeuristic view into fictional lives and environments? This ability to be transported into another world, however brief, is why cinema retains its hold over us the audience. Who has not delighted in the scenic interiors of director Wes Anderson, marveled at the sets of Orson Welles or been inspired by the cinematic vignettes of the Coen Brothers? As an interior designer, academic and author of ‘Creating Interior Atmosphere, mise-en-scène and interior design’ this left me wondering – can interior design learn from the art of production design?

The realization that interior decoration is concerned with the selection of furniture, products, accessories and backdrops in the creation of a particular styled ‘scene’ should come as no great surprise. It is a simplistic analogy but parallels can be drawn to the art of production design in the creation of imaginary environments for the silver screen. So, what is the relationship between set decoration, décor and interior decoration? An investigation of the term ‘décor’ quickly reveals definitions that relate to both a style of decoration and theatrical scenery.[i] This suggests the two disciplines share some common ground; we just need to establish what that common ground is.

Cinematic interiors are concerned with ‘atmosphere’ – atmosphere gives context to the action, it aids storytelling, reflects key characters personality traits; it even taints what we the audience see psychologically. The many practitioners involved in filmic storytelling from directors to cinematographers, production designers to set decorators are fully aware of, and exploit this trait.

As Ettedgui writes in his introduction to production design; ‘we can define the role of the production designer as being the architect of the illusions depicted on the screen’.[ii] This pictorial storytelling has parallels with the work of interior designers and decorators as they are also concerned with the pervading look and feel of an interior. Interiors aim to reflect the tastes and aspirations of their inhabitants or clients, to convey a certain atmospheric tone or mood.

Thoughts on atmosphere leads naturally to questions relating to narrative and ‘mise-en-scène’ (pronounced meez-ahn-sen). Mise-en-scène owes much to an audience’s ‘perception’ of a given scene in a film through its ‘staging’. In his comprehensive anthology to the theory Martin writes ‘mise-en-scène is indeed the art of framing, choreographing and displaying – and an essential part of this, in many films of many different kinds, happens in what is staged (predominantly, actors in an environment) for a camera’ .[iii]  This suggests that an interior setting in the cinema is designed to be expressive – it aims to set the scene, strengthening our understanding of the characters and plot, whilst the use of narrative becomes central to this type of environment.

The term mise-en-scène originated in the theatre and referred to the visual elements that were employed to ‘stage’ a production – typically the setting, lighting, actors in character and costume and their placement within the overall scene.[iv] Its transference to film saw this definition naturally extend to include the ‘framing’ of the camera and other post production techniques. In considering an interior mise-en-scène its definition borrows from those devices that relate to the setting whilst editing those that pertain more specifically to the camera. It employs the physicality of the theatrical set and amalgamates this with filmic ideas relating to perception and interpretation.

An interior mise-en-scène is typically composed of three main elements – firstly the physicality of the interior setting, its backdrop or ‘scenery’ (or its walls, floor and ceiling) supplemented by a selection of well-chosen ‘props’ ranging from furniture, fixtures and equipment through to accessories that aim to style and enhance the overall ambience.  Carefully sourced antiques and salvaged furniture alongside instantly recognizable designer classics populate many mise-en-scènes. Atmosphere is further refined through the introduction of psychological elements that aim to enhance and ‘taint’ the mood further – light and shadow, colour, scale, composition, even special effects can all affect how we ‘perceive’ the scenery and props. Film genres such as Film Noir have long been associated with the dark, shadowy lit underworld of gangsters and their molls and are exemplary examples of the power of light as an expressive medium.  These elements all work together atmospherically to create a narrative as a form of expressive ‘decorative storytelling’.

The setting of Lionel Logue’s consulting rooms in Hooper’s The King’s Speech evoked a depression-era Britain through their patina of age, palette of browns and distressed finishes as developed by production designer Eve Stewart.

It is apparent that an interior mise-en-scène considers and prioritizes atmospheric storytelling through its use of scenery and props, an approach that can easily be applied to the work of interior designers. The design schemes of Roman and Williams (both of whom have an early career relationship with film) utilize storytelling in the creation of carefully ‘curated’ scenes that employs both salvage and bespoke furniture as props. The aim is the creation of a fictional history and back story for the newly renovated interior of the Ace Hotel, New York.

Similarly architectural practice GRAFT embed storytelling into the design of their interiors, their proposal for a children’s dentist surgery in Berlin (KU64) employs distraction techniques by re-imaging a trip to the dentist as a day out at the beach. The interior scenery and backdrop of the walls, floor and ceiling undulates to suggest sand dunes, places to congregate and play.

Robert Mallet-Stevens a French Architect working at the turn of the nineteenth century moonlighted as a set designer for the fledgling movie industry. He was one of the first to explore the impact of production design and his words still have a real resonance, ‘A film set, in order to be a good set, must act. Whether realistic or expressionist, modern or ancient, it must play its part’.[v]  It would seem that this is a useful adage for interior design as well!

Jean Whitehead is currently a Senior Lecturer in Interior Design at Falmouth University, U.K. She is interested in interior atmosphere, experiential design and storytelling within design and is the author of Creating Interior Atmosphere: Mise-en-scène and Interior design. Jean has recently been awarded the Visionary Tutor Award for Interior Design by The Society of British & International Design (SBID). 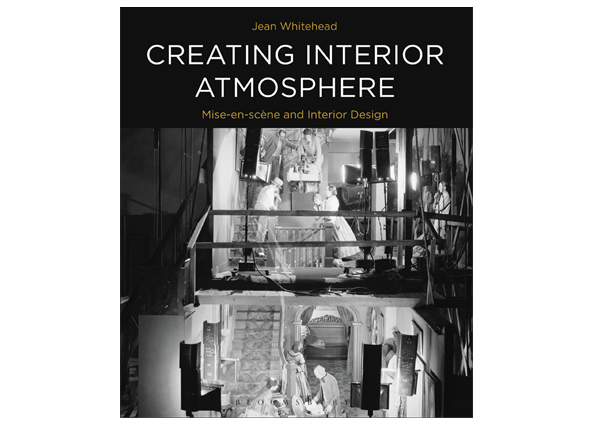 Buy DVD Buy Blu Ray
Most Popular
Feature ‘The Gentlemen’ outdoor grill table is now available for your own garden
Feature The Empire of Light cinema
Feature A VR walkthrough of 2001: A Space Odyssey
Feature Enchanté! The french villa in Downton Abbey: A New Era
Newsletter