Throughout history movies have been a medium for exploring ideas of how we might live in the future. Visionary directors, production designers and set decorators have delved so deep into the research and science of tomorrow they have end up predicting our future on the big screen with shocking accuracy, such as the holographic screen technology in Minority Report (2002) or voice recognition in 2001: A Space Odyssey (1968).

Looking at how the past envisioned the future home and workplace is a fascinating and thought-provoking subject: Have we ended up living in a way we thought we would? Looking back at some of our favourite retro TV series’ such as Man From U.N.C.L.E (1964-1968) and Space 1999 (1975-77) to films such as Jaques Tati’s Mon Uncle (1958) the late 1950s, 60s and early 70s were obsessed with space age living but many technological social and environmental factors come into play. The Design Museum’s latest exhibition Home Futures which opens tomorrow (7th November) examines this arena.

Twentieth-century prototypes are compared with the latest innovations in domestic living in the Home Futures exhibition, to question whether yesterday’s fantasies have become today’s reality. Organised in partnership with the IKEA Museum, the exhibition explores the radical domestic visions of the 20th Century and asks: What happened to the future?

Bringing together avant-garde speculations with contemporary objects and new commissions, the exhibition explores today’s home through the prism of yesterday’s imagination and asks us to address – are we living in the way that pioneering architects and designers once predicted, or has our idea of home proved resistant to real change?

With works by designers including Ettore Sottsass, Enzo Mari, Dunne & Raby, Rem Koolhaas, Joe Colombo, Alison and Peter Smithson, Superstudio and Archigram, over 150 objects explore the key social and technological aspirations that have driven change in the home. Historical notions of the mechanised home and the compact home are displayed alongside contemporary phenomena such as connected devices and the sharing economy.

The exhibition is divided into themes. The ‘Living Smart’ section traces the modernist ideal of the ‘home as machine’ and pairs it with the contemporary vision of the ‘smart home’ and here sits one of our favourite exhibits – the captivating model of Villa Arpel from the film Mon Oncle, French director Jacques Tati’s first colour movie. This 1958 film stars Jacques Tati himself as M. Hulot, the impractical but adored uncle of the nine year old Gérard who lives with his materialistic and status-driven parents in Villa Arpel.

The ultra modern villa and garden is full of dramatic furniture and modern household designs of the day but Tati uses the house as a platform to mock the industrial modernisation, the then emerging consumer society and satirizes our obsession and dependency on them for a sense of identity (if only he knew!).

Aesthetics and gadgets have almost taken over the inhabitant’s lives to detrimental effect and the end result is an environment completely hostile to the comfort of its occupants. The noise generated in the Arpel kitchen makes it impossible for people to communicate.

Tati once stated “Les lignes géométriques ne rendent pas les gens aimables” (“geometrical lines do not produce likeable people”). The furniture may look great but it’s not comfortable, the fish-shaped fountain in the garden is only ever turned on for important visitors! These domestic appliances don’t make easier, they make it more complicated.

Seeing the Villa Arpel model in the flesh, watching some clips of Mon Oncle and revisiting some of our favourite and classic pieces of furniture such as the Salvador Dali-inspired Bocca red lips sofa by Gufram and our old friend the Gaetano Pesce Up 5 Lounge Chair with Up 6 Ottoman were some memorable moments for us at the Design Museum’s preview today. 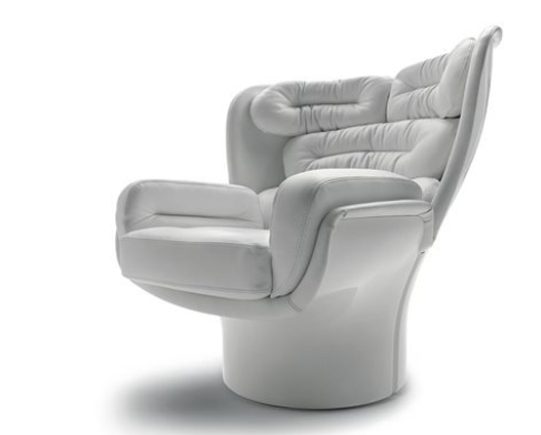 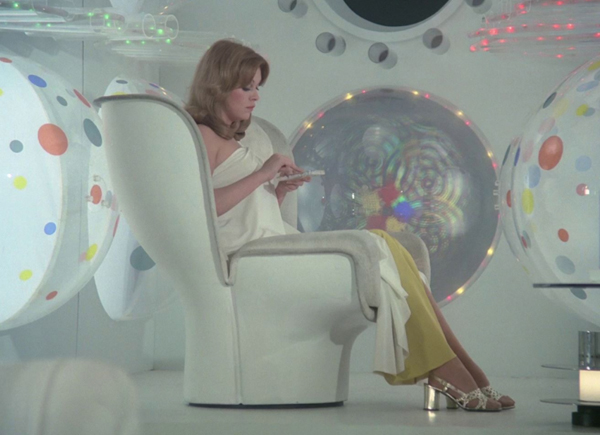