Rowan Atkinson returns to our screens as the much loved accidental secret agent in Johnny English Strikes Again. Out now in cinemas, the new adventure begins when a cyber-attack reveals the identity of all active undercover agents in Britain, leaving Johnny English as the Secret Service’s last hope. Called out of retirement, English dives head first into action with the mission to find the mastermind hacker.

As a man with few skills and analogue methods, Johnny English must overcome the challenges of modern technology to make this mission a success. This dichotomy presented some interesting challenges for the design of the film sets, furniture and gadgets for Production Designer Simon Bowles and his team.

We talked to Bowles about his work on this, the third instalment of the Johnny English comedy series. First recognised for designing groundbreaking British genre films The Descent and Dog Soldiers, Bowles has gained great critical acclaim for period films such as A United Kingdom, Hyde Park on Hudson (for which he won the 2013 British Film Designers Guild Award) Pride and Belle. Here he shares with us some secrets of working on film sets for a secret agent.

F&F: Which of the Johnny English Strikes Again film sets are you most pleased with?

SB: Each set is like a child so it’s very difficult to say which is best as they all have so much love, attention and nurturing bestowed upon them. I was most happy with our largest most complex set, the French Hotel Restaurant which we built on a huge stage at Pinewood Studios in London.

The set was built using as many real materials as possible and furnished with beautiful furniture and lighting. The balcony chairs, the parasols and settees were all from Indian Ocean.

All the greenery was alive so had to be watered daily. The view was a huge printed photograph 50 feet high and 350 feet long with LED’s taped on representing the distant lights from houses and street lamps. Two large paintings were commissioned to sit at the rear of the dining area, based on a 1930’s period painting.

I enjoyed working on this set with my excellent set decorator Liz Griffiths and her team on the furnishing, lighting and props. We introduced lovely details such as printing the hotel logo onto plain white plates, having our drapes department reupholster the seat pads with the hotel logo stitched in gold onto the back pad and making up bespoke cushions for the settees that fit in with our colour theme. I added hanging net curtains to break up the view, to add to the romance of the setting but, most importantly because Johnny English accidentally sets fire to the whole place in this scene!

F&F: What can you tell us about the Mi7 control room?

SB: As the film is about the power struggle between dated 1980s gadgets (represented by Johnny English) and the new super-slick futuristic technology used by Johnny’s enemy Volta, I wanted Mi7 to visually sit somewhere between the two. I designed the Mi7 Control Room with a slightly retro concrete bunker-inspired ceiling with wooden floor but furnished the space with the latest Apple computers sitting on bespoke desks with beautiful blue Coza chairs by Boss Design.

I wanted anything to do with Mi7 to be colour themed in teal. My graphic designer Sam Moulsdale designed the computer graphics to feature this colour to complete the look.

F&F: We love the Mi7 office set – is this on location? How did you go about choosing such an elegant collection of furniture, lighting and desk accessories?

SB: We chose to film Pegasus’ Mi7 Office on location at a Marriot Hotel by Westminster Bridge which used to be the home of the Greater London Council. The rooms had gorgeous wooden panelling and timber parquet flooring. Liz and I created a mood board collecting together the choices of furniture, lighting and paintings.

We tried to use British companies such as David Linley, Bert Frank, Jonathan Adler and Boss Design. My graphic designer printed a carpet with geometric shapes reflecting the colours and patterns in the curtains to give a cohesive look. Bond fans may notice we used some of the original paintings from M’s office in the Sean Connery era James Bond films!

F&F: We’ve got a major chair crush on those blue velvet and brass chairs and sofas in Pegasus’ Mi7 office – what are they?

Those are from Jonathan Adler, aptly named Goldfinger.

(F&F: Jonathan Adler has recently partnered with Amazon to produce a new collection called Now House, where you can get his signature colourful meets glam look, for economical prices).

F&F: How did you recreate Downing Street?

SB: 10 Downing Street is actually quite small inside but I wanted a larger playing space for the action. The square staircase is an iconic part of Downing Street so we only considered locations with a similar stand-in.

I spent a long time with my location manager Jonah Coombes visiting stately homes on the outskirts of London and grand Victorian and 1930s buildings in central London. We chose a fabulous stately home just outside London that was used as a school for many years and had now become and event and wedding venue. Liz and I set to work on it removing all the furnishing and paintings, replacing them with framed photographs of past Prime Ministers, antique furniture and symmetrical pairs of lamps.

The room we chose for our meeting scenes was at the bottom of the staircase but was bright white in colour. I had it painted a rather cool blue and cream. I chose a gold for the furniture and then themed the curtains and pelmets in the same colours. We hung fabulous portraits of powerful women on the walls as if chosen by current Prime Minster played by Emma Thompson.

F&F: The Scottish Castle bedroom we hear you created in Pinewood – what can you tell us about this?

SB: I wanted to build the Scottish Castle Bedroom as a set. This would give us the most flexibility for the action of Johnny climbing in through the window but also creatively I would have the chance to control the scale, colour and textures of the environment.

Months beforehand I sketched the layout of the room with the furniture and lighting in place. From this my department drew the construction drawings and Liz sourced the furniture, lighting and paintings. The hired antique settees and cushions were reupholstered with a warm caramel tartan.

The four poster bed had new curtains and bedding made with crushed silk and matching tassels. I wanted all the furniture, lamps and picture frames to be of a good weight visually to sit against the heavy stonework. Delicate items would have looked odd with the huge wooden door, large wooden ceiling beams and magnificent stone fireplace. As this set was a complete room with ceiling and natural materials the crew were wowed as they walked in as we had dressed in real burnt logs into the fireplace – it even smelt authentic!

F&F: The super yacht is, well… super! What was your process in creating this?

SB: I wanted Volta’s Yacht to be a hi-tech gleaming jewel on the open sea. I ran cool neon lights around the ship and mixed it with luxurious warm golden light coming from inside. We built the rear of the ship at Pinewood Studios and furnished it with Philippe Starck chairs and Cloe Myyour sun loungers.

The glossy light grey surfaces of the scenery reflected the lighting and furnishings to exude the high end bespoke feel for this character.

F&F: Lastly, can you tell us a little about how did you get into production design?

SB: My first encounter with film was when I got the job as projectionist in my local cinema in Wells, Somerset at the age of 14. Watching the same film over and over again opened my eyes to the technical accomplishment of directors such as Steven Spielberg. With so many views of a wide variety of movies I became aware of the edits, the junctions between locations and sets, the use of lighting and the portrayal of character and emotion.

I studied at the Bristol Old Vic Theatre School during the day and assisted opera and theatre designers in the evenings. Theatre is my first love, I still miss the camaraderie of working cheek by jowl with the cast, the rich immediate reaction of a live audience and the opportunity to transport an audience from one scene to another through cleaver use of scenery changes. After working in theatre for a few years I broke into films on British horror film Beyond Bedlam where I first met set decorator Liz Griffiths who I still have the delight of working with now.

From that film I worked my way up the ranks within the art department on films such as Tomb Raider, Pinocchio & Wing Commander. I stepped up to production designer on feature film Dog Soldiers written and directed by Neil Marshall who I have collaborated with many times since.

F&F: What has been your favourite movie to work on and why?

SB: I am most proud of Hyde Park on Hudson staring Bill Murray, set in the Hudson Valley in the 1930s. For me this movie was all about the furniture and fabrics. The project was heightened as we filmed it entirely just outside London.

My favourite part of the film making process is doing the initial research. I need to quickly become a specialist in the subject matter of for each and every film I design, especially films like Hyde Park on Hudson that is based on real events. I relished taking the responsibility of accurately representing President Franklin Roosevelt’s New York home. I visited the Roosevelt house in Hyde Park when I first came on to the project as I wanted some authenticity and genuine character of the family to be represented in the film. Although the drawing room in the actual house is quite small I took inspiration from Sarah Roosevelt’s (FDR’s mother) outrageous interior decoration; collections of porcelain ornaments, flamboyant artwork and the then fashionable use of one single fabric pattern for both the curtains and upholstering furniture. I kept the feel of FDR’s library being his mother’s house but supplemented with his own collection of reference of books, nautical paintings and masculine furniture. I am still very proud of this film… as I am with all the movies I have been asked to design!

We thank Simon Bowles for sharing the behind-the-scenes details of his meticulous film sets.
Check out his website for more of his work. 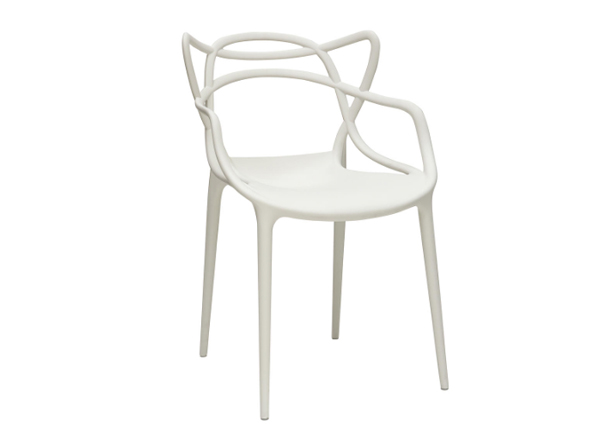 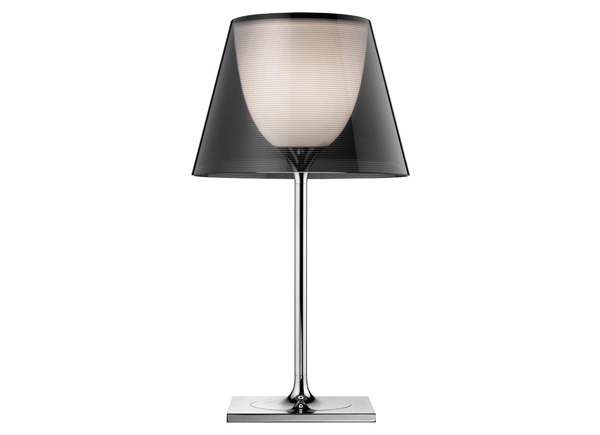 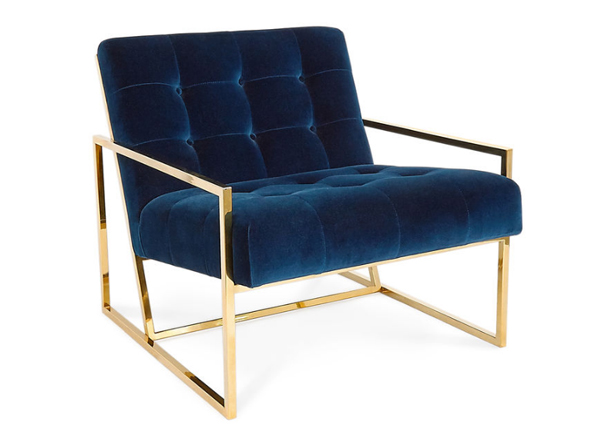 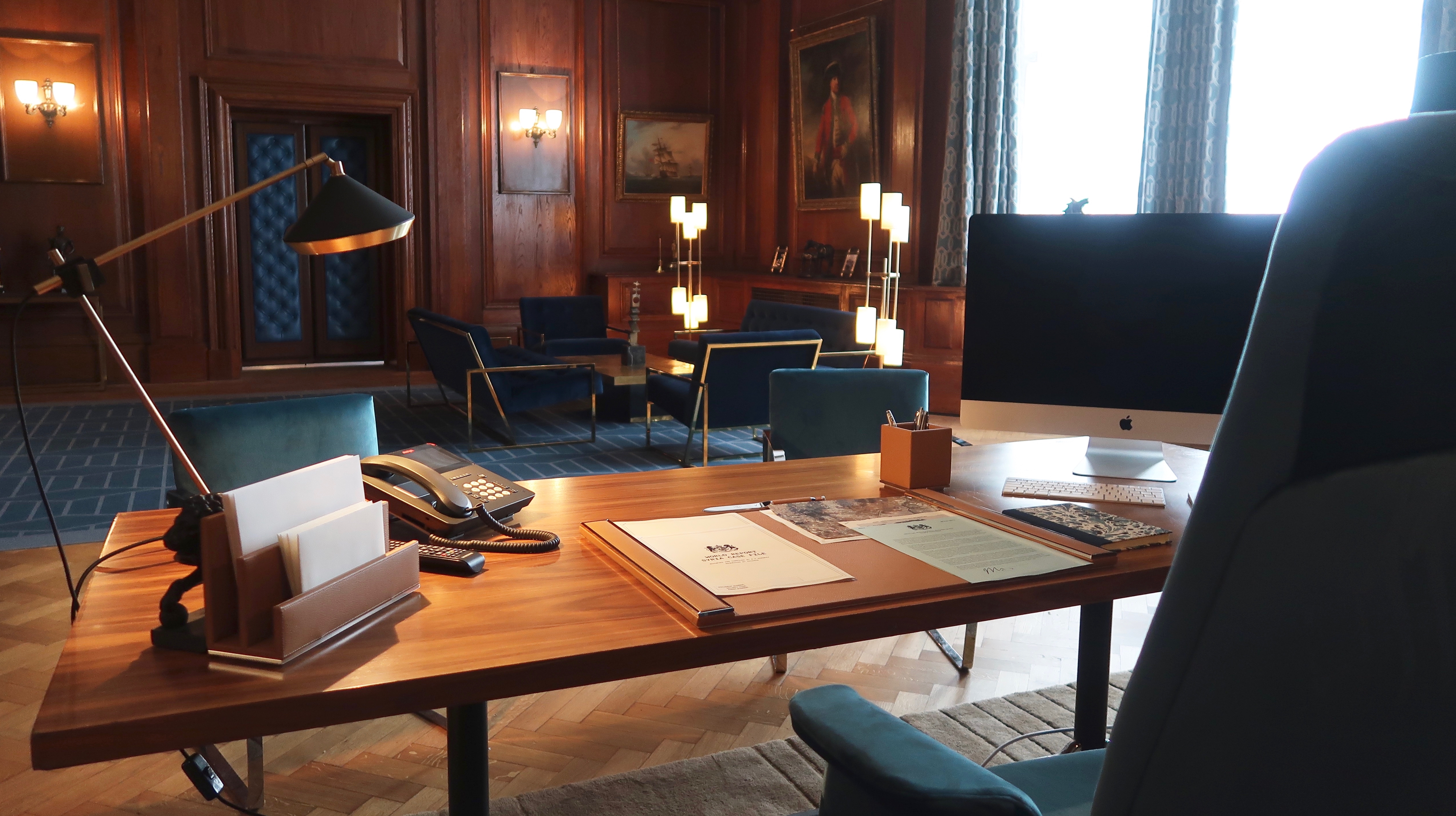