The Overlook Hotel will captivate us forever… and ever… and ever. Playwright, theatre director and former film critic Maurice Leslie shares his thoughts on the forthcoming 10-part Overlook TV series, based on the iconic hotel featured in Stephen King’s 1977 novel and subsequent 1980 Kubrick film The Shining.

It was announced last Thursday by the Hollywood Reporter that HBO’s new streaming service has picked up a miniseries called Overlook from Bad Robot Productions. Bad Robot’s chairman, J.J. Abrams, will executive produce (if not further involve himself with) this further exploration … “spinoff”, if you will … of a Stephen King story celebrated by millions of horror fans. It started as a novel in 1977, and built on what started King on the path to fame: Kid with psychic powers? Check. Vacationing writer who’s surrounded by evil and gets messed up? Check.

The Overlook Hotel’s introduction, The Shining, was everything people who didn’t ban books wanted. Now the prestige of HBO enters the picture, promising us more stories centered around the Overlook on a scale that justifies subscribing to yet another streamer.

And doesn’t that just set your expectations high, as if this franchise wasn’t haunted by the spectre of an avant-garde artist. But we’re all very aware that one Stanley Kubrick, who came off the box-office underperformance of Barry Lyndon hoping to try a “more commercial” work, led an expedition into the jungle of his own (and sort of King’s) creation … fought through a barbaric tribe of critics … lost Shelley Duvall’s mind along the way … and came out on the other side with a classic.

Sometimes things like this happen. The Shining was your typical underdog at the cinema in a late spring that included The Empire Strikes Back, which by the cracked logic of 1980 had reactionary obstacles of its own. But the icing on the cake was the 1st Annual Raspberry Awards: The Shining made a decent showing with Worst Director and Worst Actress nominations, proving the power of strong opinions.

King himself was so offended by Kubrick’s results that in 1997 he was responsible for a TV adaptation, scripting his own novel into a world of walking hedge animals and more emphasis on the father’s alcoholism. He wanted Jack Torrance to be a more realistic trainwreck … and to be fair his choice of actor was Steven Weber, the current Principal of Liberty High who clearly cannot handle the fallout of teen suicide. This is a more subtle cry from the larger-than-life Jack Nicholson: let’s face it, that was no coincidence. His name is Jack and even in Batman they start him off pre-acid-clown as Jack Napier because he’s Jack, either that or his agent has a base sense of humor. When you get Jack, you get considerably more than jack. Not a good fit for realism. Did I mention the walking hedge animals?

Decades later, with a sequel book (Doctor Sleep) on shelves and the style of Mike Flanagan on display in Netflix’s tripping-balls masterpiece The Haunting of Hill House, the smartest of us knew in our gut that a Shining revival was coming. There is something even about the enigmas from Stanley Kubrick that cannot be held sacred: 2001 A Space Odyssey (which also had a sequel book, 2010) was notoriously continued on screen by Peter Hyams, the same weirdo who stuck Sean Connery in a High Noon In Space. And so an appropriately divisive installment of King’s story starring Ewan McGregor and Rebecca Ferguson was born.

Kubrick’s version was technically on the front end of the 80s. It was profitable enough at the box office to draw attention, and among other filmmakers it helped lay the foundation for an overarching 80s aesthetic, which you may notice is somehow shared among countless distinct voices from that decade. It could be because Kubrick was able to apply a David Lean-ish grandeur to a more modern and relatable setting. The set-design duo who brought the Overlook Hotel into being at Elstree Studios was Roy Walker and Les Tomkins, both of whom had worked with Lean. Makes sense in hindsight. To a six-year-old boy on a tricycle, any space of more than a few hundred square feet is going to feel like the nihilist desert stretches of Lawrence of Arabia.

The decorators on their team included Roy’s brother Bob as well as Tessa Davies. If it was Kubrick who picked out the famous carpet pattern, it was probably (but no source to confirm this) Davies who supervised the plastering of it to the studio floor, for which needle-tip precision was key … those Steadicam shots don’t look good all by themselves. Props were handled by Peter Hancock (soon to be Spielberg’s propmaster on a Tunisian shoot), and somewhere in his department was some poor sucker assigned to type “All work and no play makes Jack a dull boy” over. And over. And over. And over. And may he or she rest in peace.

It was a small circle of the best. Most of them had formed a synergy beforehand working on William Friedkin’s Sorcerer and they would re-assemble later on projects like Yentl, The Killing Fields, Little Shop of Horrors and Good Morning Vietnam … before Tessa Davies died in 1988. Kubrick’s dark magic, more than anything else, was surrounding himself with the right artists. Yes, even wild and wacky Jack.

The script he co-wrote with Diane Johnson also helps. All across his career you see a mastery of ambiguity: that open door to a place where the audience can form actual opinions. What is the Overlook? Why did sweet, level-headed Mr. Torrance take his family there? And how does a shiner shine? This brings us back to J.J. Abrams, whose approach to ambiguity tries very, very hard not to be the laughing stock of Hollywood. This observation comes from someone who sympathizes with Abrams and the talent he clearly has. He made Fringe. That counts for something. And his company has in fact built experience with the Stephen King brand on a Hulu series called Castle Rock, which based on the latest reports … isn’t awful.

But just as our Western politicians can sometimes get in trouble for dealings with third-world dictators, so too has Abrams been put in an awkward position by the Disney Empire for the mere fact that he said yes to a second pay cheque to blow up yet another Death Star … or fleet of Death Stars … or whatever all of that was about. (For the record: The Rise of Skywalker is a delightful messterpiece, maybe more worthy of the midnight circuit than Cats.) All throughout 2019, we saw every franchise with the exception of Marvel let people down in a way that they yearned to vocalise. They vocalised it. There was no escape from the escapism. It was brutal.

So we come at the crossroads, where this article can either make camp in the overcrowded “Hollywood’s over-reliance on IP and the horror of watching them beat dead horses”, or we can try saying something else that tends to go unsaid. Allow me to try:

We are fans of escapism. No matter what director is at the helm of what property, our key relationship is with Hollywood itself. Hollywood is a comfortable presence; going to the theatre or streaming from our device is like regular visits to an uncle. Not the creepy uncle whose name is Harvey Weinstein, no, I’m talking about the cool uncle … the somewhat-dorky uncle who just tells us stories. And we love this uncle enough to let him know when his stories are dumb. Bad Robot Productions will give us its retelling of the Overlook Hotel’s haunted exploits. And if Kubrick were alive to see this, he’d actually be too busy adapting Foucault’s Pendulum to care.

What are your hopes and fears for the Overlook TV series? 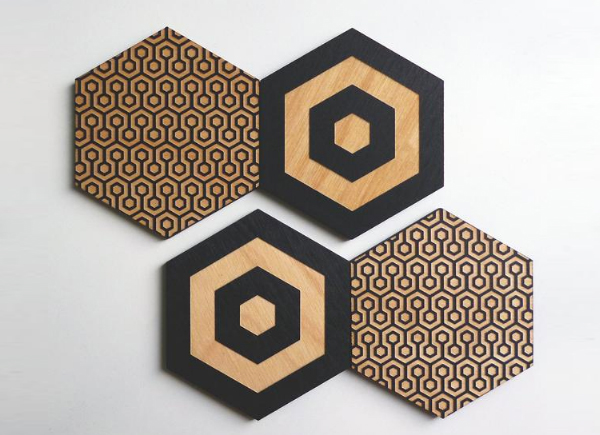