The Thonet Chair: How the humblest of chair designs became the hardest-working furniture in film

Fiona Cole investigates how the humble Thonet chair caused a revolution in furniture design and became one of the hardest-working pieces of furniture in film.

A set designer sitting at a table in the Pinewood Studios dining hall during the 1930s, while considering which type of chair would best convey everyday ordinariness in their film set, might have glanced at the chair she was sitting on for ultimate design inspo. Generations of art directors and set decorators have cast the classic Thonet chair (also known as the ‘bistro chair’ or ‘cafe chair’) in the role of the utterly normal.

Since the Thonet Chair No14’s first outing in Powell & Pressburger’s 1943 film The Life and Death of Colonel Blimp, Thonet chairs have cast their unmistakable shadow in hundreds of films from Citizen Kane to Toy Story 4.

What made the first Thonet Chair No14 an instant design classic? How does its shape still convey such a clear message? And where can you buy an original Thonet chair or your own home? We invite you to take a seat and join us for a moment of quiet, as we consider the power of the ordinary. We’ll just be mopping the floor in the background. And it’s smoking only in here, by the way.

Launched in 1859 by the Thonet company in Vienna, the first Thonet – the Thonet Chair No14 – was made using the bentwood manufacturing technique developed by Michael Thonet himself: bending wood under pressure and steam, leaving it to cool and harden to create a simple arch, backrest and seat, later to be covered in hand-woven cane.

The simplicity of its design during the mid 19th century brought about an instant reduction in the complicated, labour-intensive decoration, so prominent in furniture at the time. Even the shape of the chair’s seat stemmed from the practical: a circular shape was easier to fasten to the rest of the structure and travelled well.

Thonet’s distinctive style, and simple construction of 6 pieces plus a few screws, facilitated immediate mass production, making Chair No14 one of the earliest mass produced pieces of furniture in Europe.

The No14 chair was first seen at the London Exhibition of 1862, where the jury described it as “an excellent application of a happy thought … not works of show, but practical furniture for daily use … simple, graceful, light and strong”.

The Thonet No14 was an instant hit, selling tens of millions of perfectly stacked units. Lenin, Picasso and Einstein all owned one: along with the proprietors of a thousand coffee houses and bistros across Europe.

In the 1925 Paris Exhibition the chair was described as both “noble” and “common”. This remarkably cherished and ordinary chair quickly caught the eye of set designers and prop masters, who adored its visual lines and easy depiction of everyday life.

Many variations on the No14 chair followed with different design details : Chair 18, Chair 20, Chair 30… (you get the picture).

Thonet’s Chair No14 (and variations thereof) is surely one of the hardest working pieces of furniture in film.

The appearance of the chair in films was often minimal, a partly visible curve, a shadow cast: until The Fallen Idol in 1948 where the No14 acted as a placeholder for characters yet to appear in the plot; and in Cover Girl, Rita Hayworth was filmed through the bentwood curves of a Thonet.

This chair was clearly destined to be more than a film noir favourite.

In the 1982 film Poltergeist, it was a set of Thonet chairs that were mischievously piled up on the kitchen table. A thoughtful prop choice by production designer James H Spencer, that enabled director Tobe Hooper to visually intensify the contrast of the ordinary chair with the supernatural energy in the scene.

In Bob Fosse’s Cabaret, the bentwood curves of the Thonet Chair 18’s on stage looked very much at home in the swinging Berlin club.

Set Decorator Sandy Reynolds-Wasco’s choice of chair for the The Lighthouse Jazz Club in La La Land was of course, the classic Thonet.

On camera the Thonet Chair often denotes the after-hours aspect of the scene, or the beginning of the end of a plot. According to the Oscar-winning production designer Catherine Martin, Chair No14 is “inexpensive, beautiful and has withstood the test of time.”

Where can I buy the Thonet chair for my home?

In your home, the Thonet chair has the potential to spark the memory of a different film at every glance. So much more interesting is the piece of furniture that isn’t even a talking point. Maybe don’t pile them up in the middle of the kitchen table though. That just immediately says something different.

These classic chairs are still made in Vienna by Thonet’s specialist group of craftspeople, skilled in the Thonet bentwood method.

And Thonet chairs continue to inspire designers and storytellers throughout the world through many modern iterations, including Chair No 214, the modern version of the original, the humble and the important Thonet Chair No 14.

Newly made Thonet’s can be found at Made in Design (around £398) and in our store.

You can find vintage Thonet originals on Etsy or we can source them for you from our dealer partners around the world (email us on [email protected]).

Cadart Vienna also currently have a set of restored beech bentwood beauties for sale (around £530 each).

The Conran Shop even sell a No. 14 Chair Paper Model Kit (£14) and Cherry Maou produce miniature Thonet chair‘s at 1/6 of the scale for dioramas, dollhouses and decoration.

The Thonet exhibition: Bentwood and Beyond, is on display at Vienna’s MAK – Museum of Applied Arts (temporarily closed until further notice). 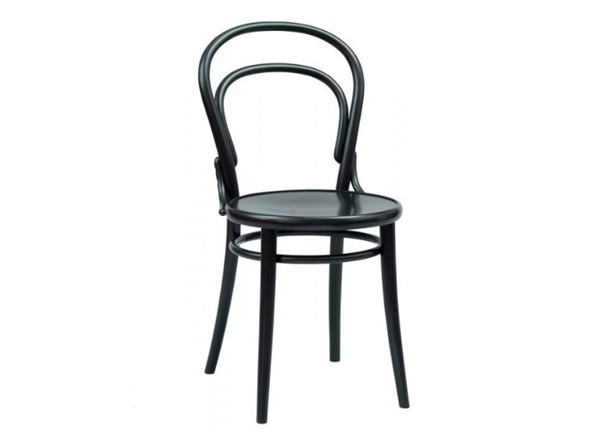 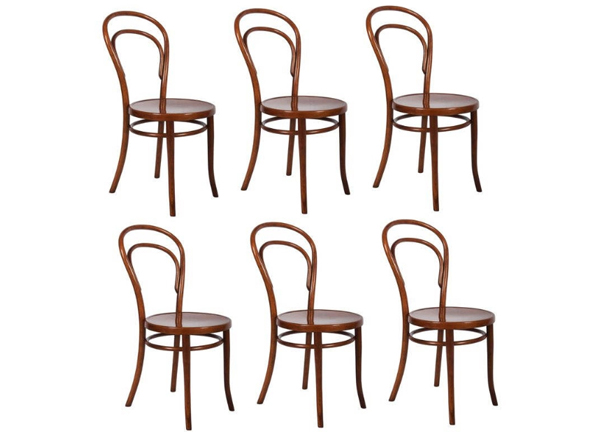 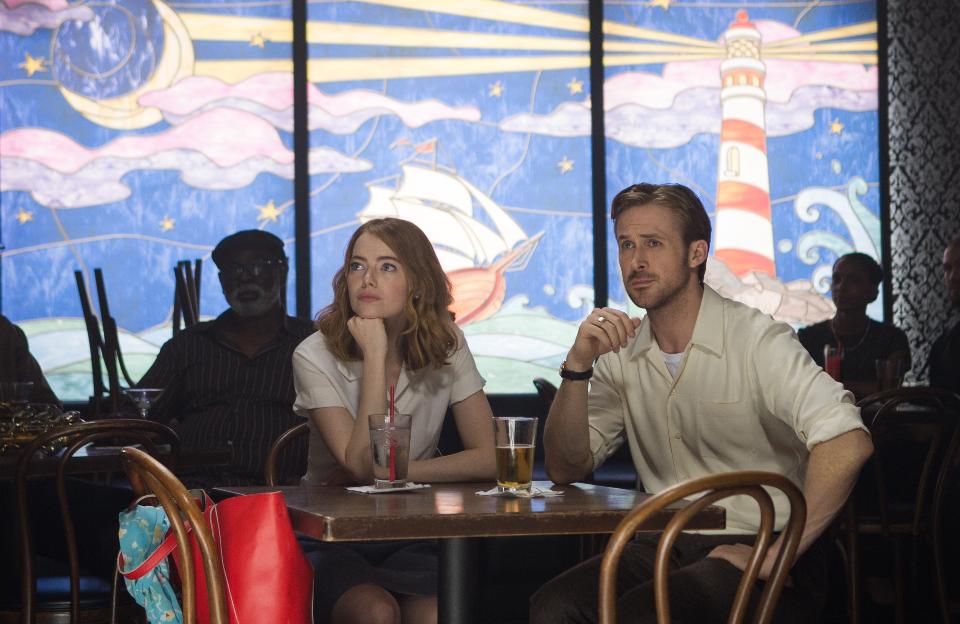 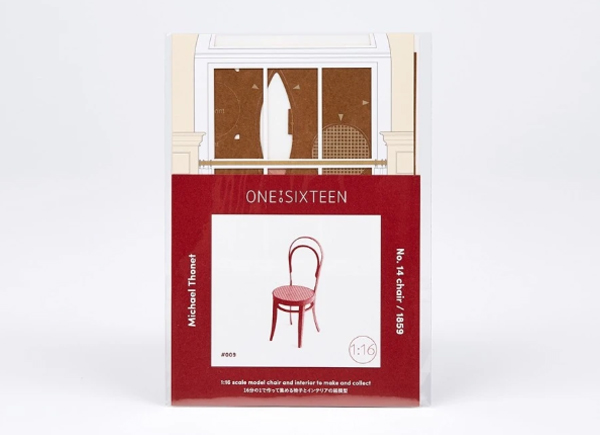